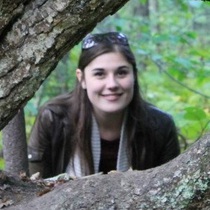 After a stint in the corporate world the lure of working in the green heart of London was just too strong to resist! I joined the Royal Parks Foundation in April 2014 as Marketing and Communications Manager (maternity cover) and very quickly became involved in a wide variety of projects.

The best thing about my job is… The variety in my job means that there’s never a dull day. Also, working in the middle of a huge, green and beautiful open space in the middle of London is a huge privilege.

My favourite Royal Park is... I would feel disloyal if I didn’t say that Hyde Park is my favourite of the Royal Parks because I have spent the most time here over the years, but I have enjoyed the opportunity to explore the other Parks and see things I had previously not discovered. I recently visited Greenwich Park for the first time – the view of London from the top of the hill at the Observatory is hard to beat!

My favourite fact about a Royal Park is... I love the history of the parks, probably stemming from my history degree so I had to choose a historical fact! Apparently, the wife of King Charles II discovered that Charles had picked flowers in the Green Park and given them to his mistress. In revenge, the Queen ordered that every single flower in the park should be pulled up and no more planted. Whether this is true or not, there are still no formal flowerbeds in The Green Park.

If I were a creature in the Parks, I would be... A deer in Richmond Park because they are such a huge part of the Park’s history.

If I had a super-power, it would be… I’d like to be able to speak every language in the world so I could speak to anyone that I meet.