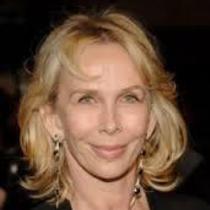 In 1989, along with her husband Sting, Trudie started the Rainforest Foundation, an organization devoted to protecting rainforests and their indigenous peoples in South America, Africa and Asia. To date she has raised more than $25million for the cause.

Trudie’s charitable works have been awarded by many organizations, including the Rainforest Action Network; Amnesty International; Oceana, who honoured Trudie alongside her husband and Bill Clinton for her outstanding contribution to protecting and conserving our environment; and New York’s Riverkeeper non-profit organization.

As an Ambassador for UNICEF, Trudie has been responsible for raising $5million for their projects all over the world.