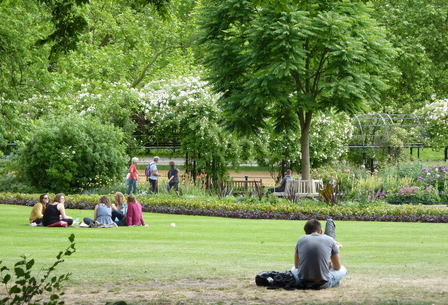 It’s our 10th anniversary year, so we’re thrilled to be chosen as the charity partner of the Barclaycard presents British Summer Time Hyde Park concert series. The £250,000 donation that AEG has pledged over the next five years will make a huge difference to Hyde Park, where the concerts will take place, as well as benefiting park visitors and the local community.

Fundraising has kicked off with concert goers being invited to make donation via Pennies - an electronic charity box - when purchasing a ticket via the Barclaycard presents  British Summer Time Hyde Park website. It also includes funds raised at the events themselves in July, as well as by a team of sporty supporters from AEG running in Team Squirrel in the Royal Parks Foundation Half Marathon in October 2013.

We want to say a massive thank you to AEG for their magnificent support of Hyde Park., amongst all our projects including care for 130,000 trees, hundreds of fragile species of wildlife, 280 historic monuments, 14 children’s playgrounds and so much more.