The hedgehogs of Regent’s Park need your help 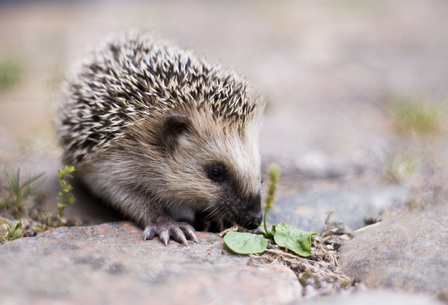 Did you know that Regent's Park has the biggest known inner-city breeding population of hedgehogs in the UK?

Hedgehogs are one of the nation’s favourite species, but sadly their population has been declining alarmingly throughout the country over the last 15 years.  And they need our help.

Over the years hedgehogs have often been sighted in The Regent's Park but there was no real understanding of the population size or where in the Park the animals nested or foraged for food.

Last year, alongside The Royal Parks and ZSL we led a research team into the Park to study the hedgehogs for the first time. We discovered that there is a breeding population, however, more research is needed to understand how stable the population is or if it is in decline as well

Over 70 Hedgehog Heroes gave up their time to help with the project in 2014 – and now it’s your turn to get involved!

This is a unique opportunity to get up close to a wild urban hedgehog population, and be trained in ecological fieldwork techniques.

If you’re up for some nocturnal investigation between Friday 15 to Friday 22 May, register your interest here before Friday 17 April.